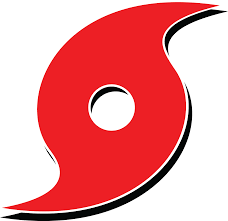 Simpson county administrative offices will be closed Monday august 30 due to the hurricane. Of course, this does not apply to law enforcement, jail personnel, dispatchers, road dept  and other emergency personnel.
“Simpson county solid waste will not pick up garbage on Monday. We plan to postpone Monday and  run the routes Tuesday through Friday as road conditions allow.  Please be patient to allow for the safety of our employees and work crews.”

Simpson County was organized in 1824, seven years after statehood. The population at the time was 2,329 whites and 829 slaves. The 1860 census records a population of 6,080. The county was named for Josiah Simpson, a former Pennsylvanian, educated at Princeton. He later lived at Green Hill, near Natchez, and became a territorial judge of Mississippi and served as a member of the Constitutional Convention of 1817.

Simpson County lies in the southern half of Mississippi about midway between the Mississippi River and the Alabama state line. Mendenhall, the current County seat, is thirty-one miles southeast of Jackson and 125 miles north of the Gulf of Mexico.

At the time of its organization, Simpson County was one of the most attractive counties of the great Southwest and that is why for the first twenty years after being opened for settlement, it grew so rapidly in population. Doubtless the early settlers from Scotland, New England, Virginia and the Carolinas sent back to their relatives glowing accounts of this new country.

The attractions of this new county were many and varied. First of all, of course, was the fact that homesteads could be had for the asking, and the lands on the creeks and rivers were very fertile. Another attraction was the abundance of running water, beautiful, clear running streams, and wonderful springs bubbling up in the hills. Especially notable were the great springs at Rails that form a creek at the very beginning.

The greatest of attractions, however, were the great pine forests that covered the county from the north to the south and from east to west. For miles and miles one could ride through the untold thousands of trees, standing in their solemnity, magnificent in their grandeur as they had stood for ages. It seemed a sacrilege for them to be destroyed. We shall never see their like again.

Simpson County is a beautiful, peaceful place with happy people and quaint towns that reflect true southern hospitality and grace.  It’s a wonderful place to live, visit, do business – or just have fun and relax.  Please join us – our doors and hearts are open!